Two weeks from today, February 2nd,  we’ll launch The Tom Bradley Show from The Broadway Hotel.  At least that’s the plan.  Timing, coordination, and a little luck go a long way in making something like this happen.

Mike Rose from Alpha & Omega Electric begins wiring power for us today, Profile Cabinet gets out their tools tomorrow to build our broadcast table and computers are being configured to bring the show to the World.  The show will run 8-10am weekday mornings to be carried on Jack-FM (93.1) and those configurations are being mapped out.

But all of that is boring.  Just the the hard and exact facts that allow a show to exist.  The most important aspects…the really fun aspects… are the hard-to-plan, tough-to-teach, it-just-happens chemistry of it all.  For that, I prayed to God & Paul Harvey for someone to join me on the show that would elevate what I’m capable of.  Someone Dynamite Deb will refer to as my “Work Wife”.  Someone that has the strength, intellect and humor of past partners like Nicci Garmon and Sarah Hunter and yet has her own style and purpose. 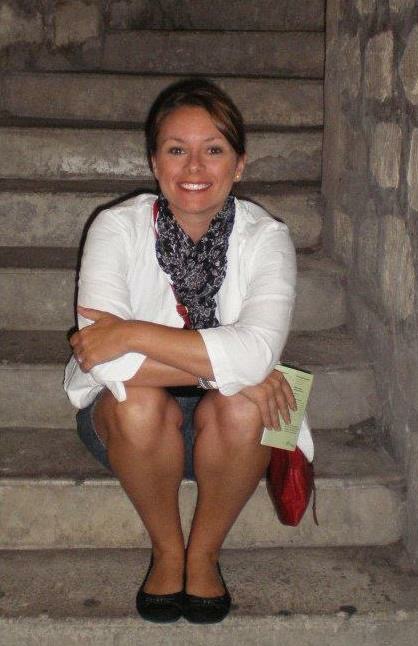 When I sent Carrie Edwards an email and asked her to call me, this is the message she sent back from her phone…“I’m literally answering emails while working cattle in the sub-zero temps, so YES, a career change is appealing.”

The first time we talked on the phone she mentioned her family’s award-winning show cows. Then, one actually mooed in the back ground.  I asked if the cows moo on command and she laughed…at me.  I wasn’t kidding.  Damn!  Shouldn’t an award winning show cow be able to moo on command?

Unlike me, Carrie got into Radio a few years ago on accident, or by chance.  Also unlike me, she became really good, very quickly.  Her show with my good friend Uncle Scotty became a daily companion for a lot of people in Mid-MO for a number of years.  When she left (was put out to pasture?), her listeners had to get along without her naturally honest, upbeat and fun personality.

When we get the show started, she’ll have plenty of time to explain what she’s been up to the last few years and brag on her wonderful family.  So I won’t hit that here.  She’ll also have time to talk about how she listened to my Radio show on cold, Winter mornings to see if her elementary school just got a snow day. Yes, I’m a few years older than Carrie.

I just want to thank her for sharing my excitement about the new show and saying yes to this dream.  And while we have never done a show together and have a lot to learn about each other, I know this is going to be one fantastic, fun ride.